While on the way to the fall 2009 Dunbar Brook Trail Race we encountered this not so shy fox.

Here is a cute cat cartoon from the Boston Globe.

It’s not often we go there (like, never except for Dan and work) but Sunday July 15th found six of us behind enemy lines in the heart of Gotham. There was Barbara, Dan, Carolyn, Matt, Andrew from across the street, and Kaweh – another Redefining Voice band member. We had this trip planned since January when we bought tickets to a concert at Madison Square Garden by a favorite group of ours: Dispatch. A big thanks to Matt for introducing us to their music. They are a folk/reggae/rock band formed at Middlebury College in the 90’s who never signed on with a record company but instead relied on word-of-mouth and an Internet fan base including a presence on MySpace. As a result, they have a tremendous underground following which allowed them to sell out MSG three nights in a row in no time. For a good description of the band, take a look at their wikipedia entry.

We decided to make a day of it by going in early and seeing the sights. We drove to Stamford, CT to the Metro North train station for the final leg of the trip into Grand Central Station in midtown Manhattan. First we walked over to the United Nations building but were disappointed because none of the flags for all the countries were flying. They must have been on summer recess. We had a good lunch in the area anyway. Next we headed northwest to Sak’s Fifth Avenue and were amazed at the $3500 leather jackets and other outrageously priced items. Almost across the street we went inside St. Patrick’s Cathedral. Quite an impressive place. 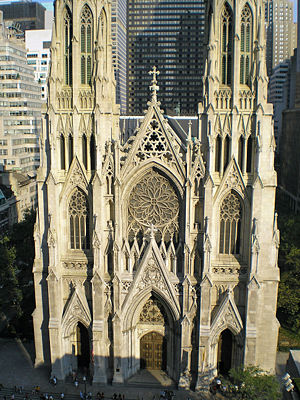 We were basically going in a counter-clockwise circle through midtown Manhattan heading over to MSG. Next stop was Times Square and the Hard Rock Cafe. 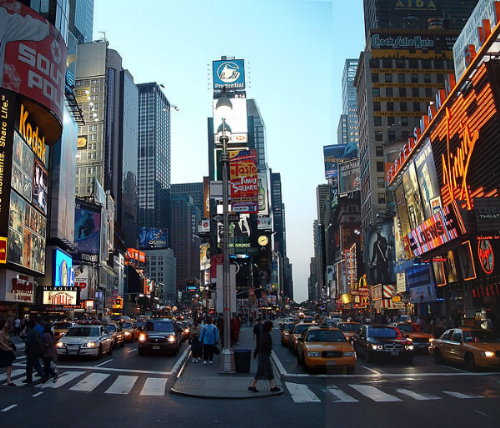 After that, we stopped into Macy’s to cool off and have a drink at the Starbucks inside. There are Starbucks stores on just about every block in the city.

We finished our tour by going up the Empire State Building. Here is a scan of the brochure with good descriptions of what we saw, along with proofs of the photos they take of everyone and try to sell you for $25. 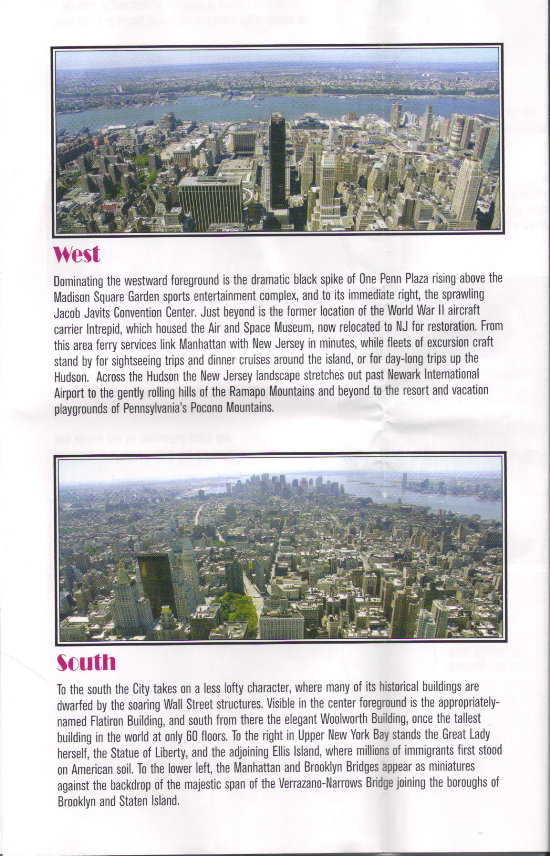 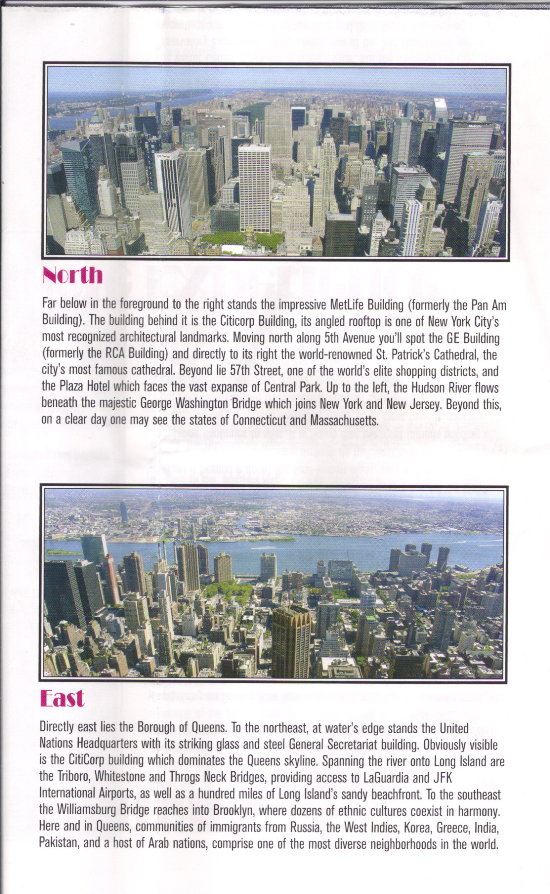 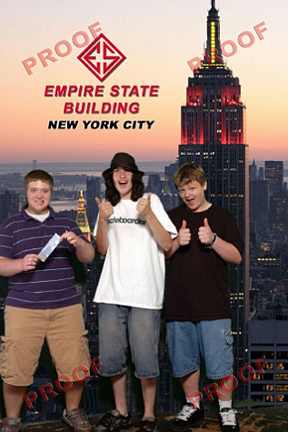 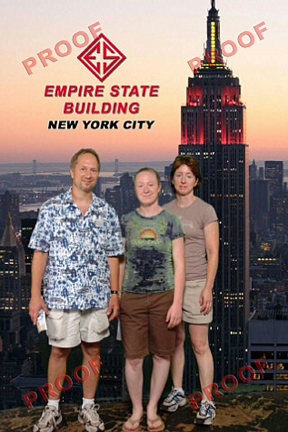 Finally, it was on to the concert! 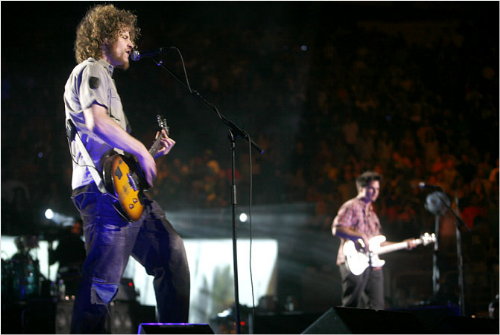 Here are a number of articles about the show and group, both before and after. The show lasted more than three hours, from 8:30 to 11:45 PM! They played 27 songs including the encore. We barely made the 12:25 train back to Stamford, getting there at 1:30AM. We got stuck for over an hour on Rte 91 in Connecticut just north of New Haven when the highway was shut down for some reason we never found out. We pulled into our Driveway in Tewksbury at 6:15 AM. Night owls, indeed!

Carolyn reached a very significant milestone in her life Saturday May 19th when she graduated with Honors from UNH. She received a Bachelor of Science Degree in Animal Science with a Pre-Veterinary option. We are very proud of how well Carolyn did in college, and graduating with honors was something we consider very special. She needed to maintain a GPA of at least 3.2 her entire four years there, and she was able to do that.

On Friday night, May 18th, there was a special ceremony, called Honors Convocation. It was held at the Whittemore Center, the UNH hockey rink and athletics complex. There all the Honors students were called on stage and had their names announced while receiving their award. Grandma Celia was able to join us that weekend to see the honors night and the graduation. Joining us on our trip up to UNH for Graduation Day, were Matt, Grandma Celia, Grandpa Stan, and Sue (Carolyn’s Aunt and Godmother). It was a BIG event because of the guest speakers – former Presidents George Bush and Bill Clinton. Click here to read about what they had to say. Apparently the interim President of the University had connections to them and was able to secure their participation. Here are a few pictures we took while in the stands. After the ceremony we converged on Carolyn’s apartment, not far from the stadium, to let the traffic clear out and to help her pack. Then we all returned home to have a graduation party/bar-b-que.

Matt’s graduation from high school was Sunday June 10th. Both Matt and his cousin Steve graduated together from Bishop Guertin High School. We had excellent weather – sunny and in the low 70’s so it was very comfortable inside the gymnasium and out. He graduated with honorable mention status and a career GPA of 3.34. On Friday, June 8th, there was a Baccalaureate Mass and dinner for students and their parents. We thought Matt had a shot at a the perfect attendance award, but that went to a girl who had perfect attendance and no tardys. Matt had a few of the latter (ok maybe more than a few). Still, we think his noteworthy accomplishment deserves mentioning. Even though he was late a few times for homeroom , never being absent from high school for four years is pretty good. It should also be mentioned that Matt received a prefect attendance award for junior high school (6th , 7th , and 8th grades at NDA).

After the graduation we had a party for Matt and Steve on Sue and Gary’s porch. Later in the evening we had some live music entertainment from Matt and Andrew Southworth, who along with Eric and Kawhe make up the band Redefining Voice.
Here are some pictures from Friday and Sunday. Finally, here we are all together to recognize both Carolyn and Matt on their significant graduation milestones! What’s next for these two young adults? Carolyn has a job as a lab technician in Billerica on Treble Cove Road at Bristol-Myers Squibb (the Former NEN / DuPont-Merck facility). Matt will be attending UMass Amherst in the fall to study Mechanical Engineering. 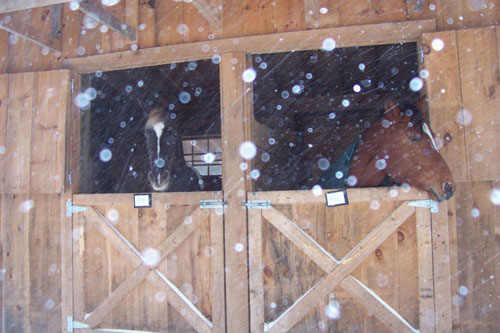 Wally is the ultimate lap cat 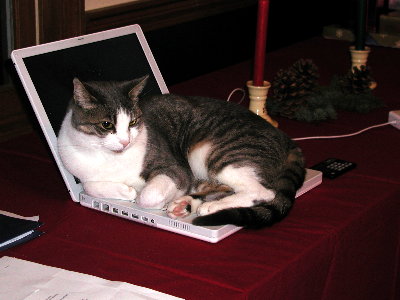